By The Online Dentist.13th January 2017 No Comments
Watch Andrew explain about tooth decay in this video.

If there is a large hole in a tooth caused by tooth decay, this can damage the nerve of that tooth. The nerve may not recover and the tooth may even die. This may happen after a filling but it has ultimately been caused by the decay that was removed.

If the tooth dies, there are probably bacteria that have got into where the nerve used to live. If this happens, these bugs will be able to cause infections which will cause pain and loss of that tooth.

So if a tooth is in that situation, it’s generally not a good idea to leave it like that. Even if it’s not causing a problem at the moment, it could become a problem at any time. We have no way of telling when that could be. It could be when you are on that holiday that you’ve been planning for the past year. It could be on Christmas day and completely ruin that plate of sprouts you’d been eyeing up.

It’s better to do something about it rather than waiting for trouble to find you. There are several options when trying to preserve a tooth that has died

I must stress that this is only a short term option!

If there are signs of infection like swelling then your dentist may prescribe you a short course of antibiotics to treat the immediate symptoms that you have. But the infection will come back if you just have antibiotics.

But why won’t it work long term? Antibiotics kill bacteria. So if you have an infection caused by bacteria and you kill those bacteria, how can the infection come back?

To put it simply, the bacteria have a hiding place that your body can’t see and the antibiotics can’t reach. This hiding place is inside the tooth. The space in the tooth where the nerve used to live is empty. The nerve has died and left a hollow space.

This hollow space has no blood supply so your immune system can’t touch it. Any bacteria that live in there are safe and sound.

If some of the bacteria venture out on a little jaunt to cause pain and swelling, your body can start to combat them. At this point, if you take antibiotics, the antibiotics can help to tip the balance of the infection in your body’s favour and you will feel the pain disappear and the swelling will go down.

But the bacteria that didn’t want to go on holiday are still in your tooth and will remain there until a few of them decide to venture out again.

So that’s why antibiotics alone will not work to treat an infected, dead tooth.

The benefit of this is that it will usually be the quickest and simplest option to get rid of any problems with a tooth.

The obvious downside is that you have then lost that tooth and you have a gap. We discuss how to fill gaps in a different article but the best way to fill any gap is to try to keep the natural tooth. If it’s a front tooth, you are going to be able to see that it is missing. If you have a back tooth extracted, you may not be able to see the gap but it may affect your ability to chew on that side.

Sometimes it may be inevitable that a tooth needs extracting and if it’s been bothering you for a while, it will probably be a relief to get rid of it.

Read about what to expect with tooth extraction.

If a tooth has died or become infected, one option is to have a root canal filling.

As you all wince, it’s probably time that I dispel the myths about root canal treatment. Root canals are not hideously painful as a huge proportion of the public believe. It is true that if the nerve in a tooth is inflamed and angry, it may be tricky to get completely numb and dressing the tooth to soothe it may be sensitive. However, after an initial dressing to calm the tooth, any further appointments should be pain free.

If the tooth is already dead by the time that you have the root canal, you are not going to feel a thing. I regularly have patients fall asleep during root canal treatment because it is completely comfortable.

So what is a root canal treatment? Within a tooth there is a canal or several canals where the nerve lives. If the nerve is damaged or dead, this canal must be cleaned and filled to remove any dead tissue or bacteria.

Root canal treatment is when a dentist finds where the canal or canals in the tooth are, then cleans them out and fills them. The canals are filled with a rubbery material that bends and flows to allow curved or awkward shaped canals to be filled.

The tricky bit tends to be finding the canals in the first place. Front teeth will normally have just one canal. Back teeth can have three or four. Everyone varies.

The idea with root canal treatment is that you want to get rid of as many bugs inside the tooth as you can. We want to eliminate that little harbour of bacteria that we discussed in the antibiotics section so that bacteria cannot cause continuing infections.

Ultimately, when a tooth has died, it comes down to whether you want to keep the tooth or not. Root canal is the way to save the tooth.

Learn more about root canal treatment, the benefits and risks. 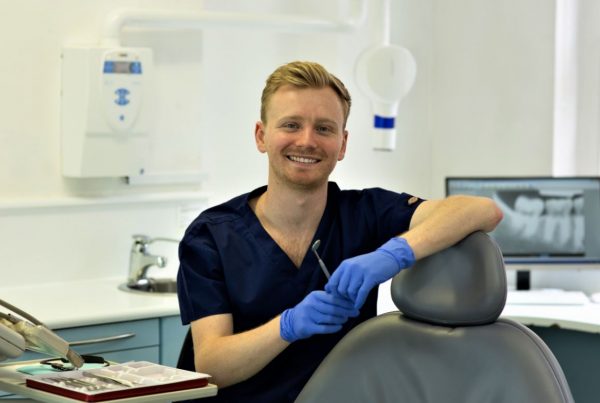 The Online Dentist | Advice on Dental Problems | No Comments
If you require a dentist in London following the closure of dental practices during the Covid-19 (corona virus) pandemic, appointments will be available as of Monday 8th June 2020. Dr... 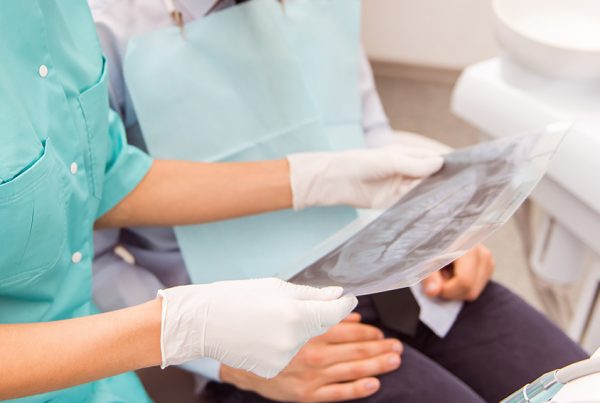 The Online Dentist. | Advice on Dental Problems | No Comments
Wisdom teeth can cause many issues. They are normally to last teeth to come through into your mouth and, if they become infected, they can cause a lot of pain,... 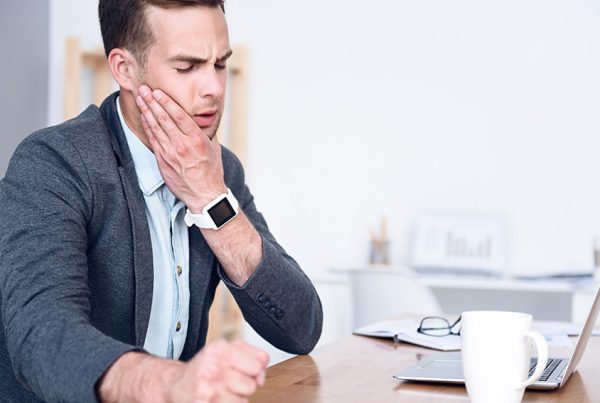 The Online Dentist. | Advice on Dental Problems | No Comments
Toothache is horrible. And it's even worse if you have toothache during a global pandemic when all of the dentists are closed. Corona virus and Covid 19 have, of course,...